And then there were six: RIP Daisy

It is with a heavy heart that we tell you of the passing of Daisy. She crossed the Rainbow Bridge sometime Tuesday night and early Wednesday morning. The last time mom remember seeing Daisy was on Tuesday afternoon. It wasn't unusual for Daisy to go off and snooze is some unknown location. On Wednesday morning Daisy was not in the kitchen. She normally would be having some kibble when mom gets up in the morning. Mom and her brother started looking for Daisy in every place they could think of. They checked the closets, beneath the beds, and in some of the cat beds that are somewhat hidden. Daisy was nowhere to be found. They tried calling her name, although she rarely responded to it. They even thought she may have door dashed. Late Wednesday afternoon mom's brother found her. Daisy had curled up beneath an end table that was in the corner of the living room. Daisy had passed away in her sleep.

Although Daisy received a good report on her lab work and senior exam earlier this summer, mom was aware of Daisy's activity. Daisy was slowing down and sleeping longer and longer. She didn't think Daisy would be here by the end of the year, but she didn't expect her to go this summer. On Monday night, mom watched Daisy sleeping in one of the cat beds. She told her brother that when Daisy's time came, she hoped Daisy would curl up and leave us in her sleep. Maybe Daisy heard her and thought that was mom giving her permission to go. We will never know.

Daisy was a rescue cat. Mom's best friend had spotted Daisy at a place called Yew Dell Garden. Daisy was living outside and being fed by staff. No one knew where Daisy had come from. Jen asked mom if she would take Daisy in if Yew Dell agreed to trap her. Our vet estimated Daisy's age at one year old and said she had been spayed. Her ear wasn't tipped, so we don't think she had been part of a colony. This was in June 2005.

Daisy had always been a healthy cat until her teeth started bothering her. Eventually she had all of her teeth removed except for her two bottom fangs. She started eating again and even gained some weight. Other that having a wound abscess shortly after her arrival, she had no other problems.

Although we referred to Daisy as Daisy, her full name was Princess Daisy Thistlechaser of Yew Dell Gardens. Daisy will be deeply missed. Fly high and free sweet girl. You have earned your wings. 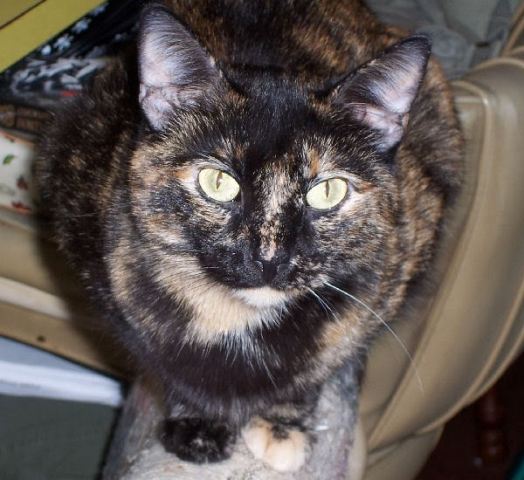 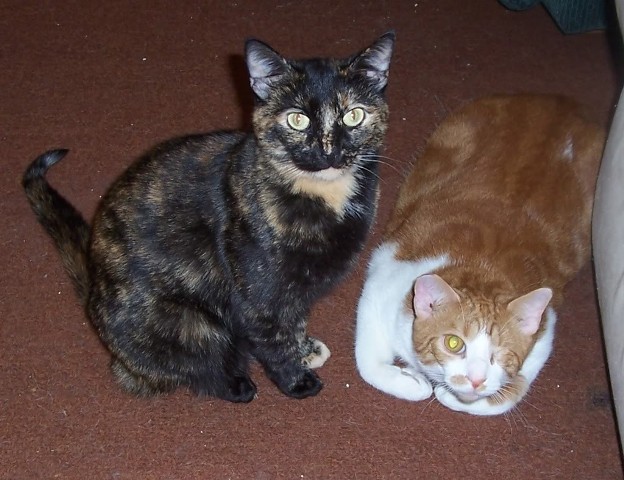 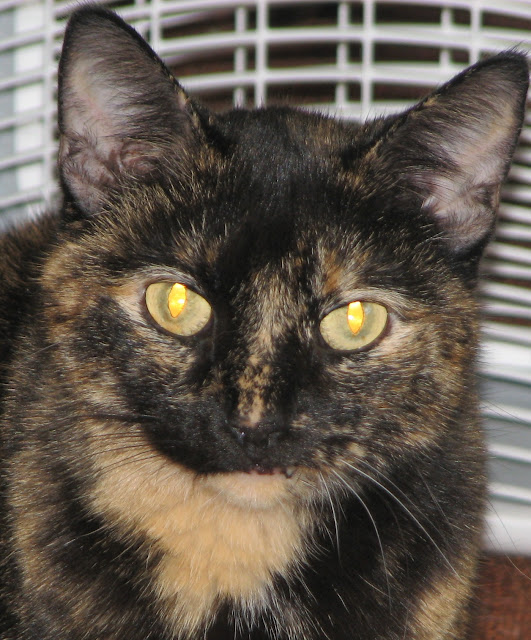