I'm actually a dilute calico, but I have some definite tabby stripes going on so I told mom to put my picfur under "Tabby Tuesday." She is also going to put me in the "Thursday Thirteen" this week, so I'm not going to say anything about myself until then! 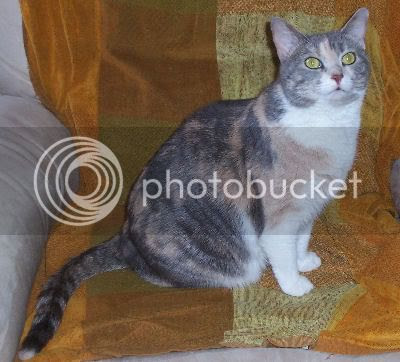 We are glad that Friday is upon us! Mom will be home with us watching basketball for most of the weekend so that means we will get some prime snuggle time with her!

Some of your humans will probably think it's gross, but mom lets us drink out of her glass. Sometimes it's only water, but in the mornings it's usually skim milk. We all take turns, well all of us who want some take turns. This morning the ritual began with Jazzpurr, Sable, and Batman. Much to mom's surprise, Ginger the Shy jumped up on the foot of the recliner and seemed to be interested in what was going on. Mom held the glass down to Ginger who drank a little of the milk, and then a little more. Then she jumped down. Mom was so happy to have Ginger come up on the chair though. She's done that one other time but she didn't stay. Ginger's littermate brofur and sisfur, Spunky & Panda, get in her lap all of the time.

Wednesday morning One Eyed Fiona surprised mom by grabbing a frosted mini-wheat from her cereal bowl. Mom took it back from her and Fiona tried to get a second piece. Since she was so determined to have a mini-wheat, mom broke off a smaller kitty sized piece for her. Much to mom's surprise, Fiona ate every morsel! That was the first time mom has ever seen Fiona eat "people food."

We hope everyone has a great weekend and a Happy Easter!

Purrs,
Clarissa
Posted by Clarissa at 10:18 AM 4 comments: 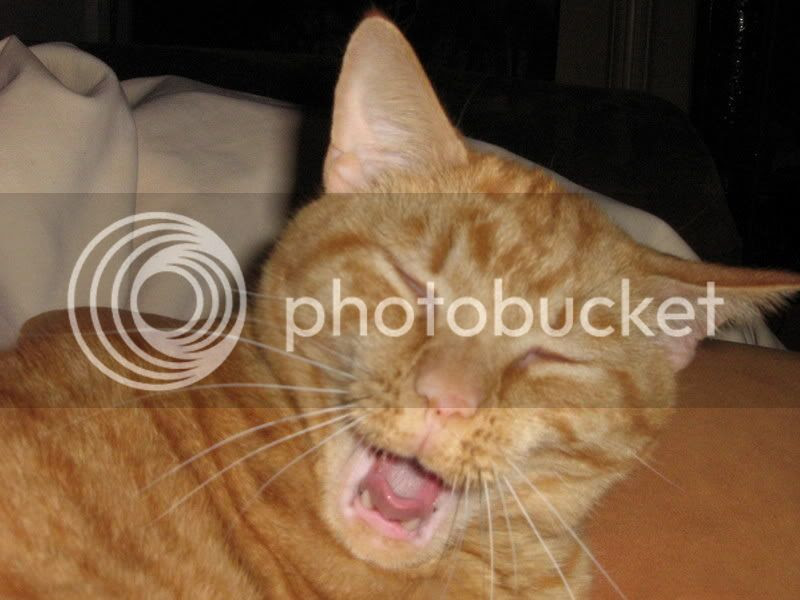 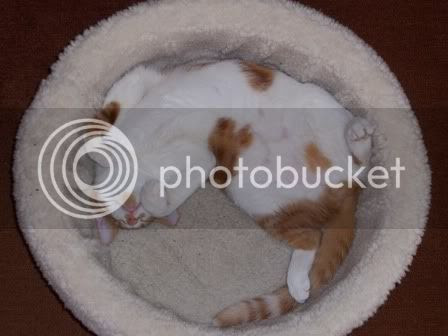 I'm sure I've posted this before, but it is one of mom's favorite pictures of my brofur, Bandit. He was sound asleep and didn't even flick a whisker when she took this picture of him.
Posted by Clarissa at 9:43 AM 3 comments: 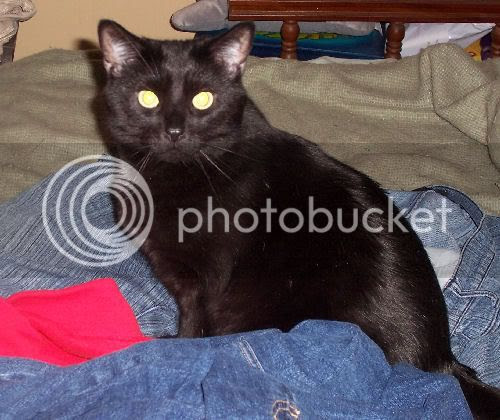 This is Sable the Punk, aka Boo Kitty. Mom calls him Boo Kitty most of the time. She brought him home from the Target store about 10 days before Halloween in 2001. She almost named him Kohl, but for some reason she really liked the name, Sable.
Posted by Clarissa at 3:08 PM No comments: